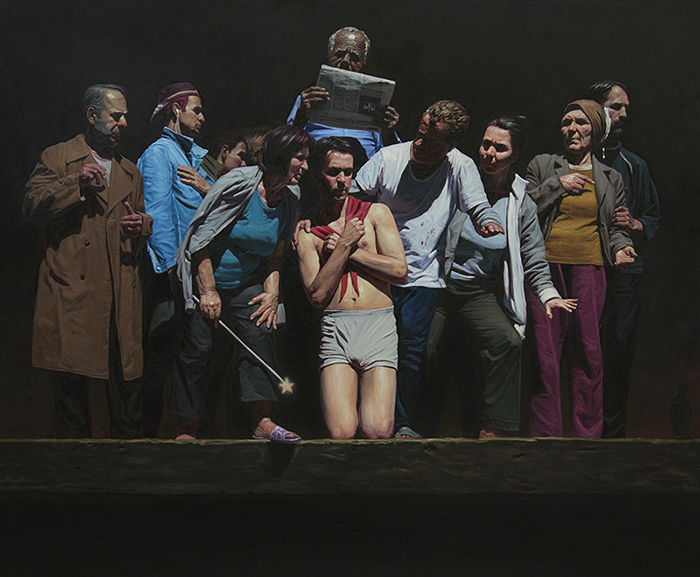 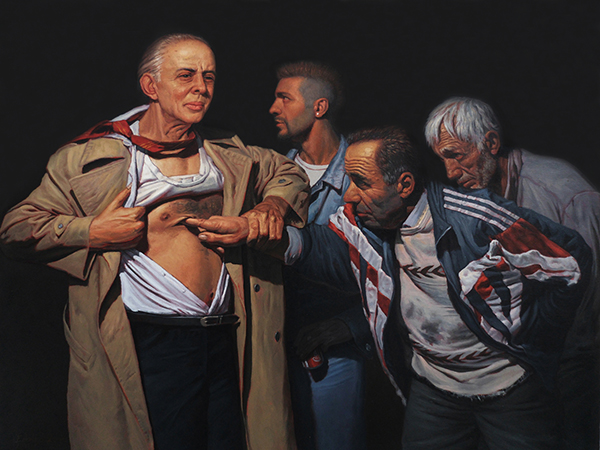 Visit in the Wound

Visiting the Uffizi museum in Florence, in one of its dark rooms, facing a small picture. Casually glance. Then  go further. It is a vast number of pictures for the time available. The corridor is long. After just a few steps like a wraith. Something similar  to what I saw in the picture, reconstructed in my memory. A event completely lost in time, suddenly reappears.

I was about ten years old. My childhood spent in a village field. On the outskirts of the village cross a canal bridge.  It was called the bridge of grand canal. It was the time of the disappearance of agricultural cooperatives. The villagers  had distributed among them most of the livestock, others were left adrift. Many of them were sick and useless. Not infrequently, when we just finished the lessons, with a group of friends used to go  dipping in the canal. We liked jumping from the bridge.  Swimming sometimes nude, and other times with the pioneer uniform.

Our enthusiasm that day suddenly interrupted. Immersed under water  up to the throat, over the bridge appear a flock of people. Some laughed exalted, others beckoned us to come out of the water. In front, they had put one of the cattle that wandered into the field, where whose neck was tied to a concrete brick.

In the typical Uffizian’s  narrower I had just seen Albrecht Altdorfer’s Sant Florian.