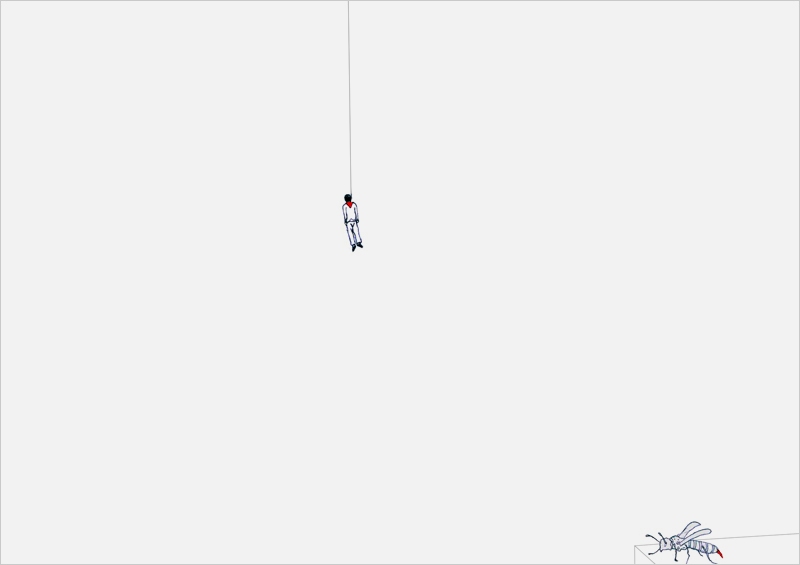 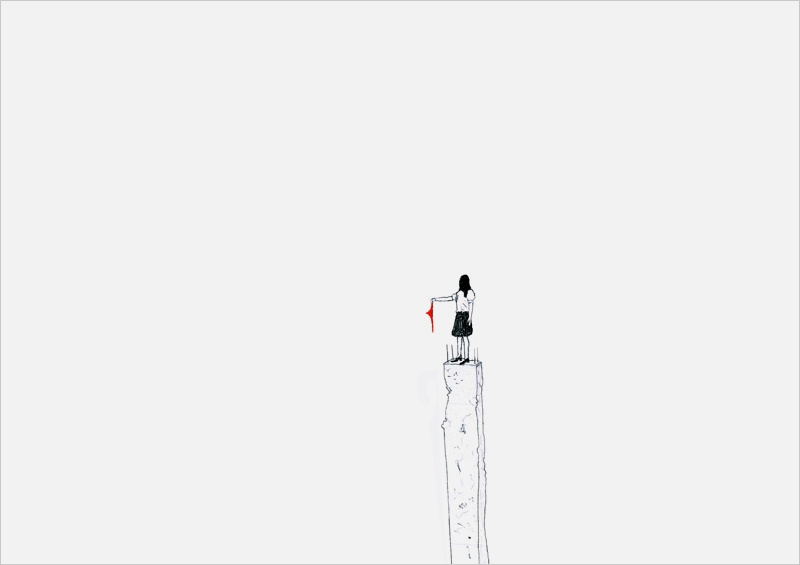 The artworks are a part of a series which contains about 70 drawings where generally the main character is “The pioneer”.  As a subject of artistic concern, my interest was to present this project as a reflection on my childhood on the communist period of Albania where I have been a pioneer.

In this series of pencil drawings also touched with red tempera color, the figure of the young pioneer as the symbol of socialist youth, hope, idealism and futurity is central. The pioneer is always a boy who is suffering helplessly. He is cloned, an amputee or gets raped by a goat. He commits suicide by hanging in the presence of a wasp with a red stinger and sometimes he enjoys the absurdity of the surroundings.

The figure of the pioneer it is placed in situations that suggest tendencies and absolutely opposite motivations, by devaluing and making irony about the symbolic weight of this figure (the pioneer) and of the system it represents. The contradiction embedded in the juxtaposition of simple form with horrendous content in all these drawings defamiliarizes the figure of the pioneer, offering a statement on the pure but failed ideals of the socialist era and the oppression endured by many.